The inaugural issue titled “Dearest” features handicraft from all over the world, with visuals presented in large format and a unique hand-sewn binding which uses natural dyed threads as the finishing touch. It is our desire to delve further into the emotions we develop for certain things, people and places that we love from the bottom of our hearts, a genuine sentiment that can only be processed by oneself.

There are also introductions about “Kamon-ori”, a style of origami beloved by iconic designer Sori Yanagi, as well as “Origami Furniture” a series of works by industrial designer Sakae Kasamatsu; a travel journal article about Lucy Lewis potter from the Acoma Pueblo in New Mexico and an interview with a woodcarver who builds Tonkori, a five-stringed instrument of the indigenous Ainu people and a profile piece on artist Yoshiko Jinzenji, who makes use of a traditional bamboo dyeing technique in her quilting.

An interview and fashion feature directed by stylist Stephen Mann.

“My Favorite Places,” is an essay by visvim’s creative director Hiroki Nakamura, and “My Experience,” an essay by Kelsi Nakamura. Other features include “SIGHTS N’ SNACKS Tangier versus Meknes” by popular New York-based illustrator Tamara Shopsin, a serial short story “Zen Hiker” by illustrator Jerry Ukai, a photo essay “Bremner, Alaska Gold Rush Diary” by photographer Gentaro Ishizuka about the remnants of the gold rush, and a comic book “Tangible & Visible” by artist Nakaban. 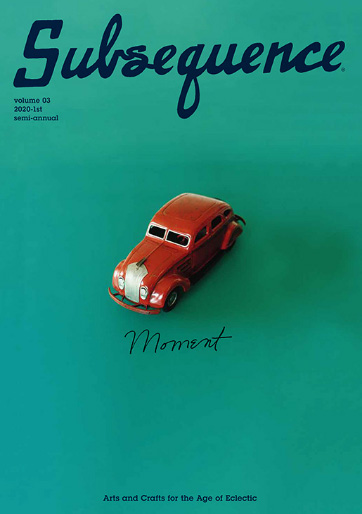 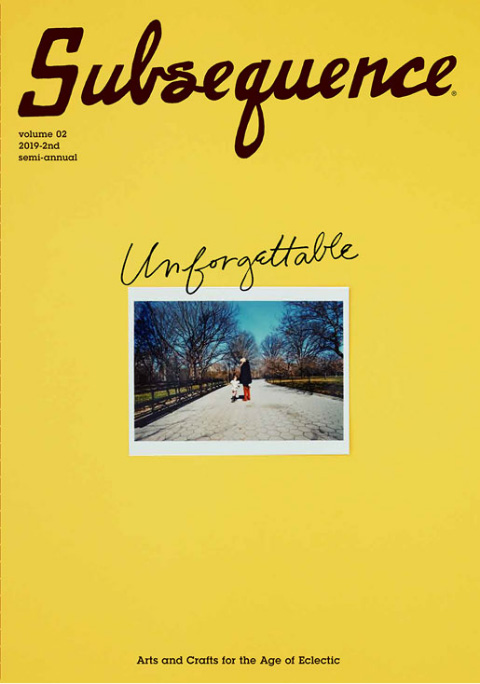